With less than a month since Afya Sacco held its Annual Genral Meeting (AGM) a section of members are calling for the removal of the chairman Vitalis Lukiri.

Insiders say, as per now boardrooms wars exist among the directors with Lukiri accused of protecting former directors and senior managers who were engaged in inside borrowing without security. 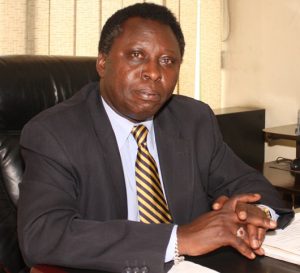 A bitter director told Weekly Citizen, members could have been paid higher dividends were it not to the fact that part of the dividends money is being used to service loans for the said directors and managers.

Ndoi is the chief executive officer.

Together with Gisemba the finance controller, Ndoi has been key in protecting ex-officials despite Josephine Nguru, the chief internal auditor raising querries.

The lame is now on Sacco supervising committee that has Henry Kosgei, Alex Maweu and James Mwalloh being accused of being compromised.

Members now want the Sacco to publish names and amount of money former Sacco officials owe the establishment that is feared to run into millions.