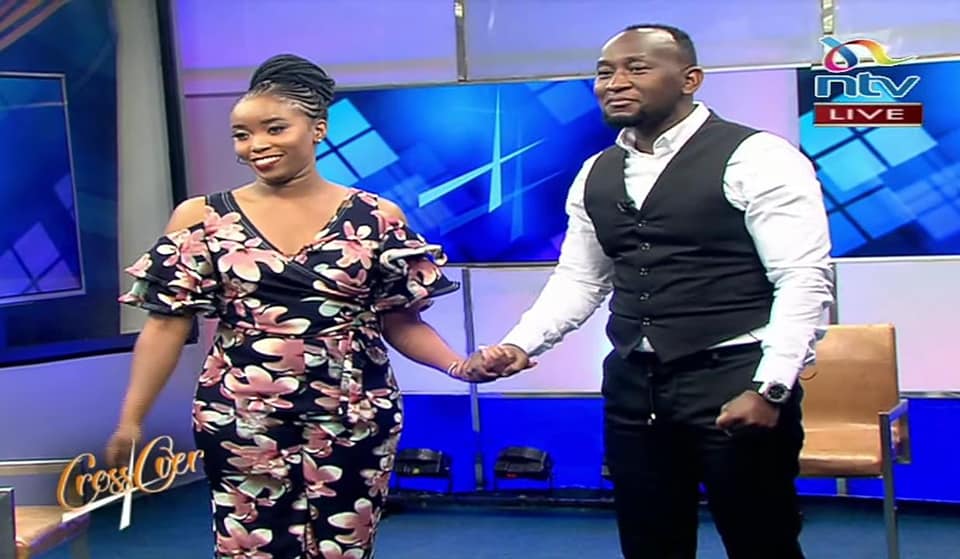 NTV Kenya’s Crossover 101 gospel show host Susan Grace on November 9, 2022, revealed sad happenings that led up to the death of her mother and how she was able to cope with the loss.

She said she had been meaning to share what happened and was of the opinion that if her online family was going to cry with her, that was alright too.

“Today I wanted to share with you the four feelings I struggled with after my mum passed away or during that period that she passed away. Anyone who has lost a loved one will tell you that there is nothing that prepares you for death, even if that person had been in a coma for two months, nothing prepares you for death. Losing my mum really scared me because it was already bad that I lost her but the worst thing was I saw her dying. I could see she is going and there was nothing I could do about it,” Ms Grace explained.

She went on to reveal that by God’s grace, she accepted the loss and went on to reveal the feelings she struggled with two years after her mum’s death. The first one she struggled with was regret for not pushing her mother to seek urgent medical attention when a flu-like symptom would not go away. According to Grace, her mother kept saying she would get better despite the flu getting worse as the weeks passed. She had intended to get her mother medicine but her mother brushed her off, saying she would take a ginger-lemon concoction and there was no need for medicine.

“Later that week, on a Sunday, things escalated. We took her to the hospital because she woke up that morning and she noticed that she was coughing blood. Eventually, she returned home from the hospital and that night, things went from zero to fifty to one hundred so fast that I had no time to process it. The reason why I regret it so much after she passed away was should I have pushed her more? Should I have insisted on her getting medicine or seeking medical attention?” added Grace.

Another feeling Grace struggled with was guilty feelings. She recalled her mother’s unusual coughing on that fateful Sunday and going to check on her in the guest bathroom. She found her mother weak, leaning on the wall and holding on to a sink for support.

“All I could see was blood coming out of her mouth as she coughed. The sink was flooded and at that moment, I froze. I couldn’t comprehend what was happening. I knew I needed to do something to urgently help her but my body was not moving. I tried and nothing moved but eventually, I came out of it and called for help. After she passed away that night, guilt was the one thing that overwhelmed me because I shouldn’t have frozen. I blamed myself for going into shock and it took me years to understand that sometimes our bodies don’t have the capacity to process some things. It’s normal for the body to go into shock and I was even scared to tell people the details of what really transpired that night because I didn’t want people to see me as a bad person or crazy,” added Grace.

The third feeling Grace struggled with was disbelief and acceptance that her mother had died considering they began the day together and she later returned home after leaving her mother in the morgue. Grace said her mother appeared to have been in good health and moods prior to her death only for things to turn for the worse within an hour of her health deteriorating. Her mother had been a person who traveled a lot so Grace used to comfort herself that her mother was probably on a trip despite knowing she had passed on.

The final feeling she struggled with was anger, especially at God after her mother died in January 2015 when the world was still in a celebratory New Year mood. She hated that when others were receiving good wishes for the New Year, she was receiving condolences.

“I also wanted to know why God would take her knowing she was my only parent. I never questioned God, let me be clear, I was just keeping it to myself and deep down in my heart I was low-key angry at God. I was also angry at my mum because when I told her to seek medical help, why didn’t she listen? I was also angry at myself. Why did I freeze when my mum needed me the most?

I always say that God’s grace is sufficient because when I look back at what 2015 was like for me and where I am right now, the grace has been sufficient. My biggest worry had been being asked to drop out of campus because I’d already done one semester and my extended family would have said they couldn’t afford the university fees for me. Drop out and work or look for a cheaper option. But my family came through for me, they showed me everything my mum owned and also said they were willing to accommodate me and it was just for me to chose whom to stay with,” said Grace.

She expressed thanks to her larger family for supporting and loving her to date. She was also grateful to God for watching over her and opening doors for her in the media industry.

How Charlene Chelagat Ruto is different from other first daughters