Nandy denies ever being in a romantic relationship with Willy Pozze

Thanks to their steamy photos taken during their Nairobi show, many believe that Willy Paul and Bongo singer Nandy were/are an item.

The two have been photographed getting a bit too close than normal friends would or rather than two artists doing business together. 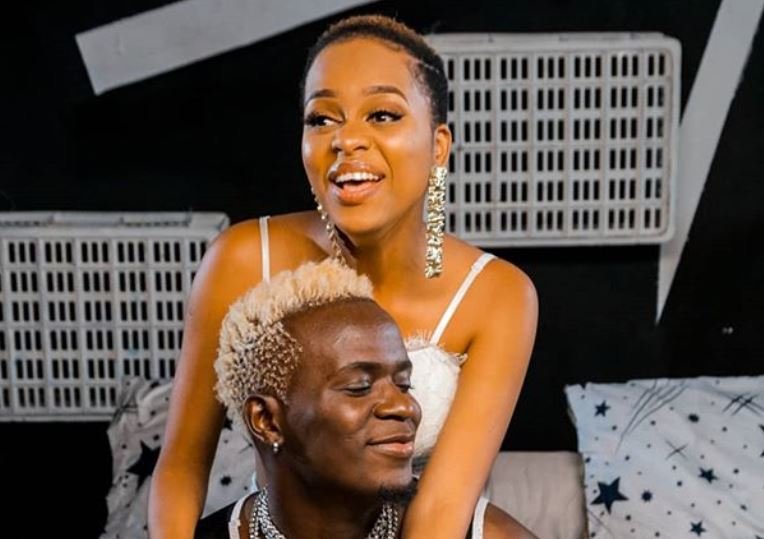 However, this showbiz business demands all efforts if an artist wants to sell his or her own projects to fans; and I guess this is what Pozze and Nandy were up to and yes…their fans bought it too!

With fans both in Kenya and Bongo embracing this new ‘relationship’ Willy’s pozze’s biogeography on Wikipedia has been edited adding Nandy as his spouse.

When tagged on the screenshot making rounds on most Bongo Instagram tabloids, Nandy went on to deny saying that the love of her life is not in this world (passed on). 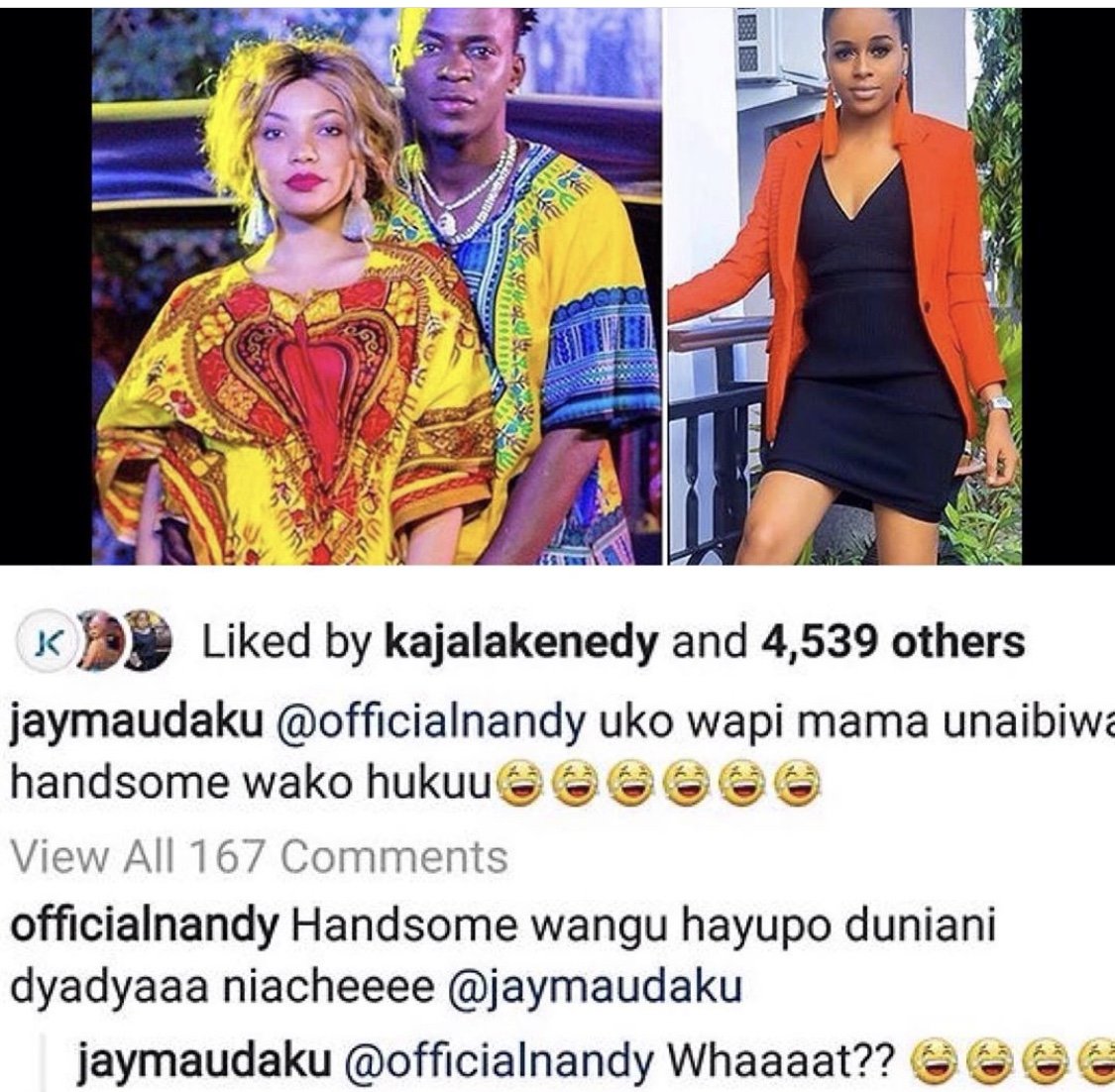 Incase you also thought the two had something going on, then her response to the post below will help you understand better. 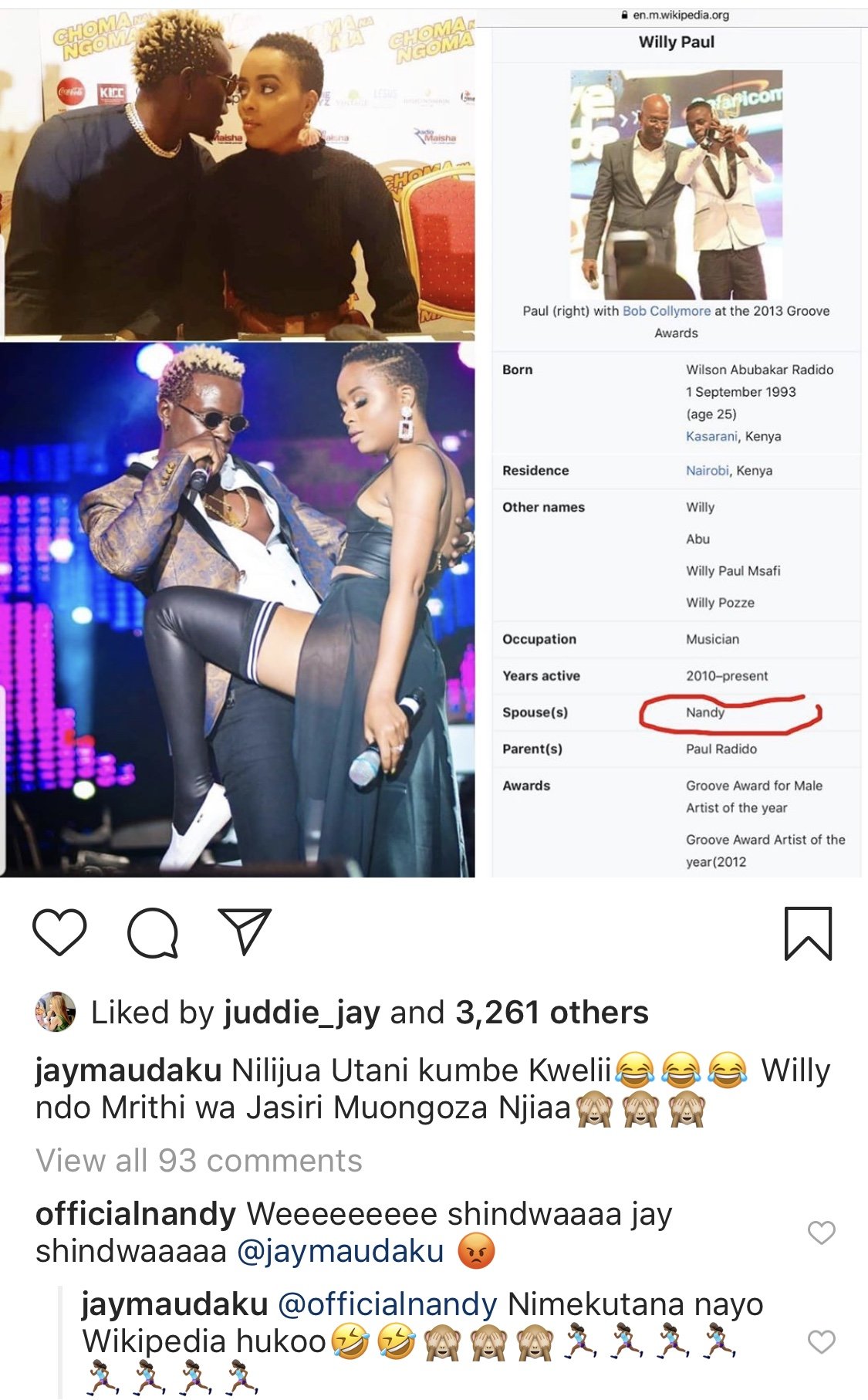