Interestingly, Kihika was among Tangatanga legislators who backed the surgeon in his war against the Uhuru administration.

And now, the shoe is in the other foot after the Employment and Labour Relations Court extended orders barring the Nakuru county assembly from vetting nominees for Kihika’s cabinet following the surgeon’s petition.

Last week, Justice Hellen Wasilwa ruled that the orders issued on October 19 remain in force pending the hearing and determination of a case filed by Gikenyi.

Gikenyi a consultant surgeon at Nakuru Level Five Hospital filed the petition at the High Court in Nakuru challenging the decision by the former president to appoint only 34 judges of the 40 judges recommended by JSC.

In the petition, Gikenyi, who describes himself as a patriot interested in a better Kenya, a human rights defender and promoter of constitutionalism and the rule of law, accused the former president of interfering with judicial independence.

He argued that the action of cherry-picking judges was unconstitutional.

He argued that the former president had violated the rights of the six judges by discriminating against them, and subjecting them to post-traumatic stress disorder.

“The action of the president and the respondents are illegal, irregular and irrational, to say the least, and are discriminatory and smirk of the use of public office to ‘teach perceived enemies a lesson’ as opposed to service to the people,” he stated in his petition.

In his lawsuit filed under a certificate of urgency, Gikenyi sought conservatory orders prohibiting the JSC from assigning duties to the 34 judges pending the hearing and determination of the matter.

The six judges who had been left out were Joel Ngugi, George Odunga, Aggrey Muchelule, Weldon Korir, Evans Makori and Elizabeth Omange. 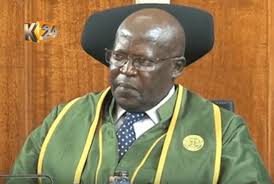 Gikenyi wanted Uhuru compelled to appoint and swear in the six judges. In the case, Magare had also sued Chief Justice Martha Koome and the then Attorney-General Paul Kihara.

The JSC, Law Society of Kenya, Judiciary chief registrar, and 41 judges were among those listed as interested parties.

But the six judges remained in the cold until when Ruto assumed the presidency and appointed them through an executive order.

The judges were later sworn in at State House, Nairobi.

In the present suit, Gikenyi accuses Governor Kihika of discrimination in what he calls skewed appointments that did not reflect the ethnic composition of the cosmopolitan county.

He claims the list of cabinet nominees is not ethnically balanced as it favours one community at the expense of the other 43 in the county.

Justice Wasilwa in her interim orders of October 19 suspended an October 13 notice from the governor listing the 10 individuals nominated for appointment to the county executive committee and sending the names to the county assembly for vetting.

Kihika, who is the first female governor of Nakuru county, took over from Lee Kinyanjui to become the third governor of the South Rift county. 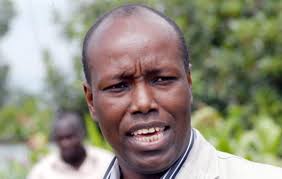 There were 478 applicants from whom a select committee submitted 10 names of men and women to the governor.

Others are Zipporah Wambui who will head the education, youth and ICT docket, Stephen Njogu for finance and economic planning as well as Michael Karanja who will head the infrastructure docket, all from the Kikuyu community.

“The orders earlier issued by this court have been extended to November 15 pending hearing and determination of this case,” ruled Justice Wasilwa.

The court also allowed two other parties to join the case as interested parties and consolidated the two cases into one.

The judge allowed applications to join the case from three members of the county assembly and another resident named Daniel Bett.

He argues that the list does not reflect the general ethnic and cultural diversity of the county.

Bett laments that one ethnic community – that is, Governor Kihika’s Kikuyu group – was given 80pc of the slots at the expense of other communities, arguing that this is unlawful and contrary to the tenets of good governance, inclusivity and accountability.

In his sworn affidavit, Bett, who says he is a resident of Barut ward in Nakuru West, argues that the appointments should have been made per the strength of the communities’ voting patterns.

“A classic example of this ethnic marginalisation is the discrimination against the Kalenjin community who despite voting [for] her to the last man, she has adamantly elected to bequeath them with a single nominee. If this is not ethnic discrimination, then the said term shall lack definite meaning and purpose,” he says in his affidavit.

Bett wants the list revoked and new nominees presented subject to public participation to ensure they represent the diversity of Nakuru.

The three oppose Gikenyi’s petition on the grounds that it was prematurely filed in the court.

They claim the list of nominees should have been subjected to vetting in the county assembly, which they argue has equal powers to those of the High Court.

Karanja argued the petition contravenes the principle of separation of powers and that the court is usurping the powers of the county assembly.

They want the petition referred to the assembly.

The case will be mentioned on November 15. In the 2022 general election, Kihika, who vied on a UDA ticket floored then incumbent Lee Kinyanjui of Jubilee Party after garnering 440,707 votes against the latter’s 225,623 votes.