Gospel star, Mr Seed faces it rough with fans after allegedly cheating on his wife, Nimo with another lady.

Just Monday, the ¨Upo¨ singer made the headlines after a leaked audio intimately linking him to an undisclosed lady surfaced. 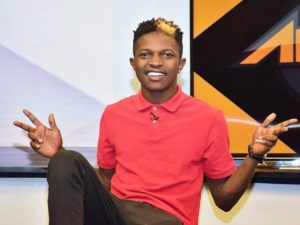 Apparently, Mr Seed cheated on Nimo with a lady who visited his house seeking help on film-making business.

Just after the family´s vlog had successfully kicked off, with fans sympathizing and encouraging the two, things have blown up on their fans´ faces. 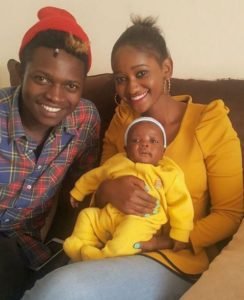 Fans can be a major make or break in the lives of celebrities and Mr Seed´s incident will serve as a good example on the same.

The artist´s Kenyan fraternity has now ditched him, having lost faith in him just after his career had began to take shape.

However, seems the gospel artist could bare it no more, therefore forced to take down his social media pages just to have some peace of mind and time to think.

It might have caused him major emotional disturbance especially basing on fact that his close ally, Weezdom was the one who exposed the leaked conversation between the two.

Weezdom and Mr Seed closely worked together while at Bahati´s EMB records before they both ditched the record label for new ventures. 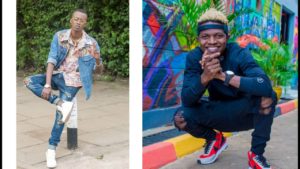 The shared audio features the undisclosed lady with Mr Seed whom allegedly got intimate.

It is unfortunate that Mr Seed had to have the entire drama ensue from such a close ally.

Seems your best friend is your worst enemy after all!

Mr Seed is not the first and probably will not be the last to take a break from the world of social media.

Once the audio was shared, masses have bashed the gospel singer for his crude ways expressing:

Only to call the lady anyamazie stori atasaidia mtoi..he alwys plays the victim in everything…

I was alive when the “Gospel” Industry had more scandals than the Secular industry!

And for those against Weezdom´s move to a brother:

As a gospel artist kuanikaa ndo uliona iwe solution kwako au umegain nini sasa kwa kufanya hivi?? How was it hard for you kusolve this issue inbox??au what are you trying to show your fans??

Ikishindikana their is some people whom you can try to talk to atleast hado solution ipatikane lakini kuleta publicly What do you really mean????? Mxiuuuuuuuu Shwain

Nakuheshimu Sana weez, but a ain’t gonna support you in this. Man up enough to call seed n solve your issues out of social media.