A section of MPs have launched an intensified lobbying to block the approval of the controversial EACC deputy CEO Michael Mubea as the new Kenya’s ambassador to Ireland.

The legislatures were irked by President Uhuru Kenyatta’s move to announce the appointment of Mubea despite being widely viewed as the chief face of corruption at the Anti-graft body. 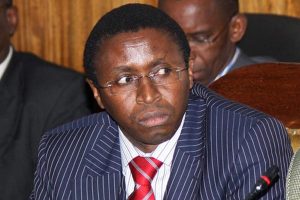 Mubea accusers have noted that he was behind a scheme that has seen most cases touching on multi-billion scandals move at a snail.

In March 2015, Mubea was unceremoniously sent on forced leave after the then EACC chairman Mumo Matemu found him guilty of concealing information regarding the acquisition of Integrity Centre, the headquarters of EACC.

He was also at the center of sh. 5.8 billion Anglo-leasing scandal and it was reported that he colluded with a former Swiss Ambassador Jacques Pitterloud to con Deepak Kamani.

Before he joined the EACC Mubea was a senior partner at Michael Daud & Associates Advocates in Nairobi.

According to the constitution parliament is supposed to vet and approve the appointment of ambassadors.

Sources say Uhuru and his allies were well aware that Mubea will not pass the vetting and wanted to sue to remove out of EACC and from the public scene.