From Kisii, Githurai and Kibera, talented young players tell their stories of how lack of equipment and neglect snuff out any hope of climbing the success ladder.

Eliud Mageka, 24, and Erick Mosoti, 28, are two budding footballers from Kisii who represent the dreams of talented young athletes wasting away out of lack of resources. 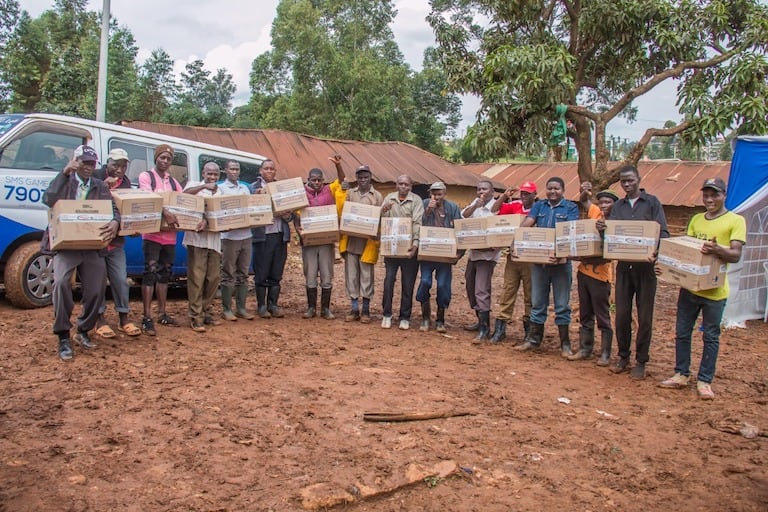 Kits for Africa is an initiative that rallies football players, fans and communities around them to donate their old kit to grassroot teams in Africa. SportPesa News
Source: Depositphotos

READ ALSO: Afcon 2019: 7 superb players Kenya must be wary of in group C

Mageka is a midfielder for Riangoki FC as is Mosoti who also doubles up as the captain of rival league club Kiogo FC.

Kisii is well known for churning out exceptional stars and has even exported talent that has greatly benefited Europe’s top tier clubs.

In fact, Liverpool‘s Champions League campaign would not have been as successful without the services of Divock Origi, who traces his roots to the same region.

READ ALSO: Riyad Mahrez: Algeria will have no excuses against Kenya 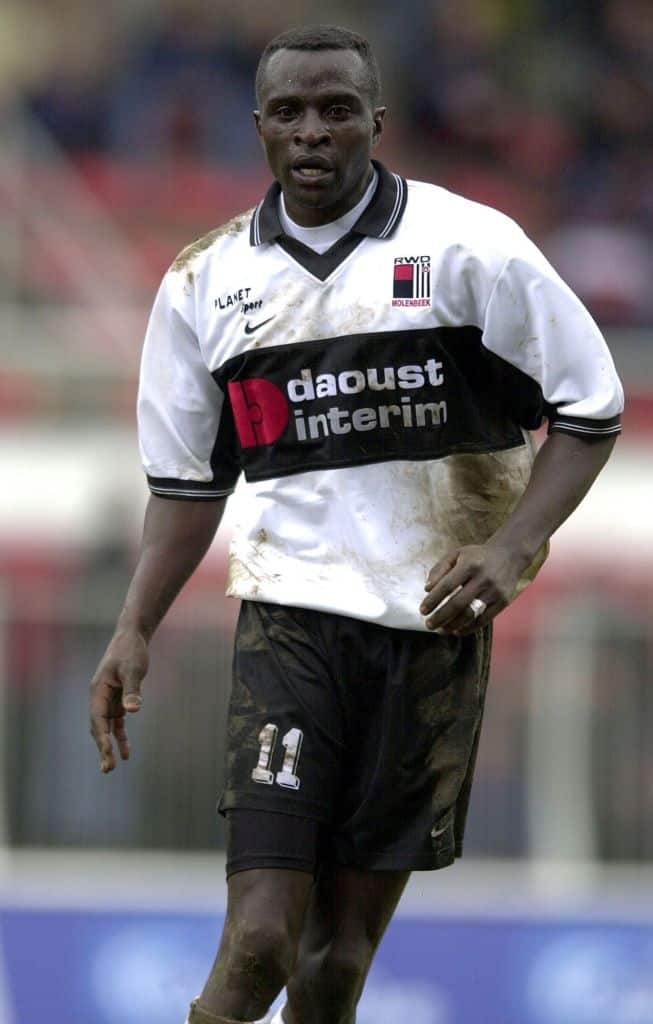 Other notable Ex-Harambee Stars veterans from the area, aside from Origi’s father (who is Kenya’s most capped player as well) include Mike Origi, Henry Nyandoro and Henry Motego with 102 caps
Source: Getty Images

Other notable Ex-Harambee Stars veterans from the area, aside from Origi’s father (who is Kenya’s most capped player as well) include Mike Origi, Henry Nyandoro and Henry Motego with 102 caps.

However of late, the standards of football have drastically dropped and young players are finding it hard to access the same opportunities as their predecessors did.

That is why Sportpesa and its European partners recently stepped in to provide training gear to the two footballer’ teams through the Kits for Africa initiative, that also saw teams in Githurai and Kibera benefit.

Kits for Africa is an initiative that rallies football players, fans and communities around them to donate their old kit to grassroot teams in Africa.

The project is aimed at supporting these teams by providing training gear as part of SportPesa’s mission of building and developing grassroot football.

Mageka, a big fan of new Real Madrid signing Eden Hazard, says the assorted football jerseys, shorts and socks distributed to 15 teams is a welcome sign that they have not been entirely forgotten. 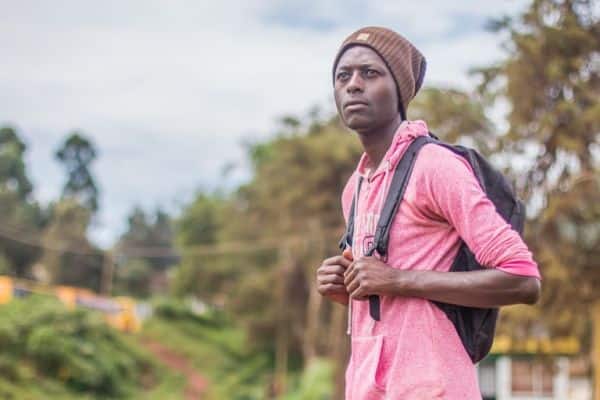 Mageka, a big fan of new Real Madrid’s Eden Hazard, says the assorted football jerseys, shorts and socks distributed to 15 teams is a welcome sign that they have not been entirely forgotten.
Source: Depositphotos

“The truth is if I found someone to support me, I believe I can play at a higher level than I’m playing now. I just need someone to expose my talent and that would make me so grateful,” Mageka said.

The player, whose biggest ambition is to play in the SportPesa Premier League, painfully narrated his ordeal of trying to make it as a young ambitious player.

The 28-year old is an alumnus of Chesamis and Nyasimis secondary schools — two schools in the area famous for their football teams which attract top scouts.

He represented both football teams during his high school days.

However, upon finishing studies and with no one to guide or mentor his talent, Mageka returned to his village in Nyatieko and turned to mechanical engineering as a fallback plan.

He still makes a living from playing football but sadly laments the low pay as he has never earned more KSh 10,000 in his entire career.

“I am unemployed I make a living from playing football. I am hired to play for a number of local teams for a small fee whenever there is a tournament or competition,” the central midfielder disclosed.

Mageka called on Football Kenya Federation to give more support to lower tiers of the game where he said a lot of talent was going to waste.

“What Sportpesa has initiated is the right step forward and providing us with uniform for training will help us a lot. The next step should be to give us boots if possible,” Mageka urged. 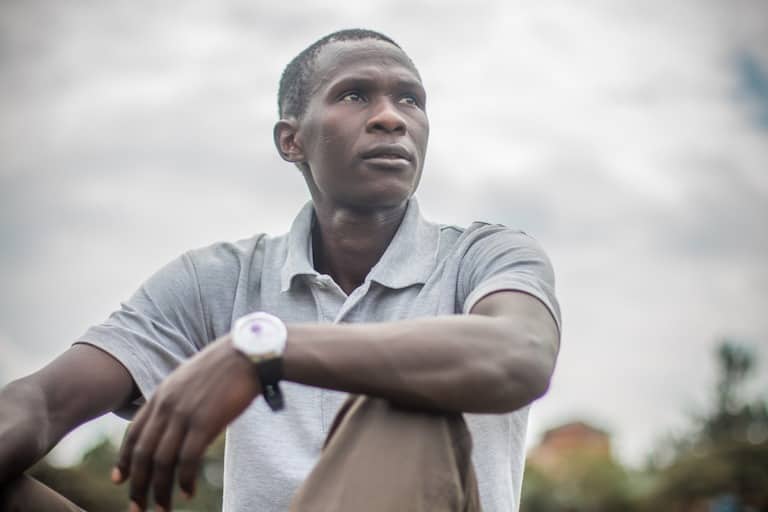 Mosoti on the other hand said his journey to the top league hit a major stumbling block after lack of school fees hampered his move to a renowned football institution.
Source: Depositphotos

Mosoti on the other hand said his journey to the top league hit a major stumbling block after lack of school fees hampered his move to a renowned football institution.

“I was selected to join Riodongaa high school football but I did not manage to get there,

“I did not have anyone to sponsor me to get there to cater for my transport and accommodation since it was a day school,” Mosoti revealed.

“I believe I could have made it as a professional because I have the energy. I have to work as a plumber to support my family. As a captain and team manager of Kiongo, I buy uniforms and shoes for my team,’ he continued.

Mosoti, a huge admirer of Victor Wanyama and Cristiano Ronaldo, says his club incurs expenses close to KSh 15, 000 per month which he pays out of his pocket and whenever they win prize money.

“I would love our leaders to encourage the young boys in school to be good in football. Bad management has led to the decline and we hope through SportPesa we can see our talent improve,” the Kiogo FC captain said.

Through Kits for Africa, hundreds of aspiring footballers whose dreams have fallen short for lack of basic equipment and support, can finally tell the world the pains they silently endure.

Kits for Africa started three years ago and to date over 75,000 kits have been collected and passed on to budding football teams in Kenya and Tanzania.

The initiative is a project by SportPesa and its Europe-based partners: Everton, Southampton, Hull City and Torino FC.