Kiema reaches out to Kalonzo ahead of 2022 – Weekly Citizen

Ambassador Kiema Kilonzo has embarked on mending political fences with Wiper leader Kalonzo Musyoka.
It is expected that Kiema, a former ally of Kalonzo, is eyeing the Wiper ticket to run for Kitui governorship in 2022 in a fierce faceoff with current holder Charity Ngilu.
Kiema interacts well with his electorate and most importantly, is a manager who can oversee the day-to-day running of the county activities ensuring there is development and good use of county funds.
Kiema served as MP for two terms and is now serving second term as ambassador.
Kiema was in the Kitui governor race in 2013 on Jubilee and lost to Julius Malombe. Malombe did some development but there was too little about socialisation by the CEO. 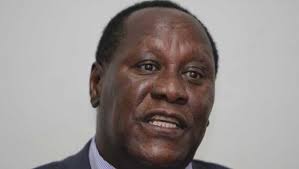 “We have been used to seeing our MP near us, coming and having time with us but we hardly saw the governor, that was only the problem,” says Mwikali Muema from Sombe who says that she could easily call Kiema when he was her MP and ask for anything and claims that the former governor was unreachable.
On a different visit in Mutha, residents say that what they are going through in life is more than what was experienced during colonial times.
Scarcity of water and food is no longer news to them bearing in mind the county government of Kitui banned charcoal burning which was their only source of income.
“If it doesn’t rain, I think our children will be forced to drop from school due to hunger and water problem. I wish elections were repeated today! I would vote anyone else provided it is not Charity Ngilu because all these problems I’m facing is because of her. At least I have heard of Kilonzo and I can vote for him,” a resident Musyoki Muema said. 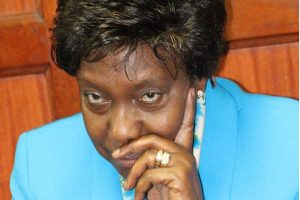 Ngilu banned charcoal burning in 2018 and promised Kitui people of an alternative source of income something which has never come to fruition to date.
From her performance, it is clear that Kitui people want another governor and the region being a Wiper zone, anyone vying for the seat on a Wiper party ticket could carry the day.
Kiema was among the key strategists in 2007 Kalonzo presidential bid, something that led Kalonzo to be the vice president of Kenya and now having him back in the inner circles of Wiper just like 2007, the former VP might be headed for big things.
Indeed, Kiema was at one time what John Mbadi and Mohamed Junnet is to Raila Odinga and would not hesitate to go physical against Raila MPs when in the runup to the 2007 elections, they tried to edge Kalonzo out of the ODM-K presidential race.
All said and done, Kalonzo was the stronger with Kiema on his side and it has never been understood why the two fell out although some say that it had everything to do with Kiema not getting a ministerial or assistant ministerial jobs when Kalonzo became VP to Kibaki.
As of now, the relationship between Kiema and Kalonzo is good as seen from Kiema’s consistent invites to Kalonzo in Kampala, where he is the country’s envoy, for meetings with different stakeholders.