Investigations into the operations of 39 staff at Kenya National Highways Authority by the Assets Recovery Agency on matters relating to money laundering, bribery in road tender awards and manipulation of financial documents among other accusations, has now implicated the masterminds behind the rot at the state parastatal.
Already, the investigators have a case against two senior managers and their files are to be forwarded to Ethics and Anti-Corruption Commission for direction as others are being investigated.
Surprisingly, those under probe are willing to be state witnesses as a bargain plea to avoid arrest. For weeks now, tension is high at the parastatal as the probe by the investigators gathers momentum.
ARA has been investigating the employees after it received orders from Milimani Law Court. Going by what

happened at National Lands Commission where the court allowed ARA to probe banking and business investments by senior NLC managers after being informed by EACC sleuths leading to their arrests, sources say 15 out of the 39 staff at KeNHA are likely to be arrested anytime now.
According to sources, a senior manager who was demoted wrote a letter security agencies implicating colleagues involved in dubious dealings.
Those implicated have registered companies and just like in NLC case, used relatives to award tenders and receive kickbacks from international road contractors. It is said that relatives and friends firms registered under women, youth and disabled were given maintenance of highways and paid money running into millions of shillings with no work done on the ground. 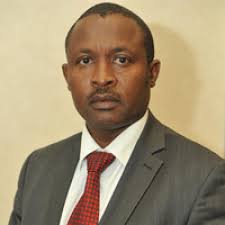 Some of the firms paid were ghost companies that never existed. They were awarded tenders without following the laid down procedures as prescribed by law.
Now investigations are targeting Samuel Omer (director Highway Planning and Design), Levina Wanyonyi (director Supply Chain Management), Njuguna Gatitu and Muita Ngatia. Norah Odingo, the director for Legal Services and the authority’s secretary.
Initial investigations reveal that Gatitu, the guru of graft at KeNHA is in trouble after a Chinese contractor linked him to mega corruption at KeNHA.
Two Chinese, a Mr Yu and a Mr Ybao claimed that Gatitu had received millions of shillings from other Chinese firms to help land lucrative tenders in road projects in Taita-Taveta and Mombasa counties.
Investigators have pitched tent at Standard Chartered Bank Westlands branch, Chiromo, where it is claimed millions of shillings were withdrawn and bank transfers done with Gatitu being present.
Bank CCTVs are being monitored to see if any senior manager of KeNHA can be caught on the cameras with the Chinese. Gatitu who was later demoted due to graft links is said to have been the central player with international contractors. 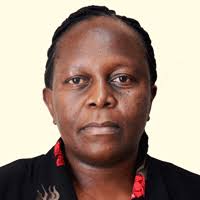 Wanyonyi, or the queen of corruption at KeNHA as she is mockingly referred to by majority of staff aware of her underworld operations, will not escape this time round. Apart from her bank accounts being under investigations, those operated by her cousin who has registered a firm that maintains roads in Western and Nyanza have not been spared either.
As procurement head, Wanyonyi’s influence at KeNHA cannot be wished away easily. By last week, investigators were dispatched from Nairobi to Bungoma and were seen taking photographs of a multi-million shillings hotel project Wanyonyi is said to be undertaking at Uwanja Ndege in Bungoma town christened Westgate Hotel.
We could not establish the fate of J Otiato who together with Kivoto Mutii received show-cause-why letters after they were locked in a tendering row.
Kivoto found himself in trouble in the maintenance of Kiambu-Ngewa-Thuite Road.
Other likely to land in court are Sheikh Abdul Noor Takoy, Anthony Mutua, John Ombok, Murage Solomon and Francis Kipyator