Horrifying! Check out chilling images of world’s most haunted places

Would you visit a chateau said to be haunted by a woman with holes in place of her eyes?

If you don’t fancy testing your nerve, you could always read about it instead, in a fascinating book called Haunted Places by historian Robert Grenville.

It charts 150 of the world’s most spine-chilling places including abandoned hospitals, graveyards and castles.

Other spooky locations include a Canadian hotel that is said to be visited by a bride who died on her wedding day and the famous Island of the Dolls in Mexico City, where people leave toys dangling from trees.

Some say they’ve heard the dolls talking to each other. 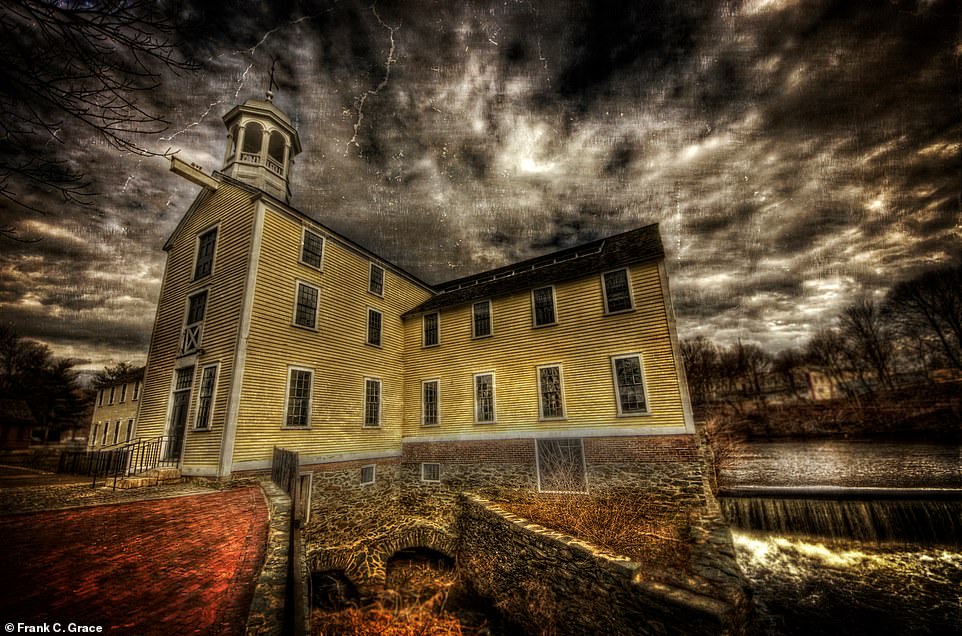 Built in 1793, Slater Mill, pictured, in Rhode Island was the first water-powered textile mill in America. In the early years of the mill, small children were used to clean or repair the machines while they were in operation, which could lead to injuries or death. Now an industrial museum, visitors have reported hearing the death cries and screams of these young children. Other buildings on the Slater Mill site are also said to be haunted, including some malevolent spirits who have been known to scratch visitors, an unknown male and female presence, and a little girl called ‘Becca’, who answers visitors’ questions by divining rod.

Click on this link to see more haunted places