There is growing concern within Deputy President William Ruto led Tangatanga camp that most politicians earlier helped by Ruto to clinch plum positions have deserted him at the hour of need. 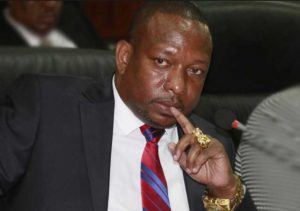 Sources indicate that a section of Tangatanga politicians are not happy with Nairobi governor Mike Sonko for not working closely with the Deputy President despite Ruto’s efforts that saw him handed Jubilee nomination ticket in gubernatorial race.

Sonko has not been featuring in many of the Ruto’s functions and even absconded today’s Tangatanga rally in Tranzoia.