Boondocks Gang, or Genge La Bundoksi if you like, has teamed up with Gwaash on a new jam and we are really feeling it.

I’m probably dancing as I write this and you can’t even blame me. I mean, how can you?

When you talk about Kenya’s new-age musicians, you can’t fail to mention Boondocks Gang, who are known for their mega hit Rieng, and Gwash – who became a household name after releasing Wabebe.

As such, you know what to expect when you hear that the two are on one jam! Its smoooooking!!! (read this in Jeff Koinange’s voice).

The new jam dubbed Kalongo has been trending since it was released a few days ago. So far, it has garnered 95,000 views on YouTube and the comments section is a hot mess as you would expect.

Kalongo is a childhood game where people would pretend that they have a functional family i.e. dad, mum and the children. Kids would even cook!

Also read: New-age musicians are so unpredictable and that’s the beauty of music

Does that jog your mind? Well, the new collabo between Boondocks Gang and Gwaash borrows heavily from that.  However, they disorted the childhood game and I’d rather not talk about that.

Both Boondocks Gang and Gwaash really came through with some impressive word flow. However, I was particularly impressed by Odi Wa Murang’a. This young man has some good flow. Where is the lie? 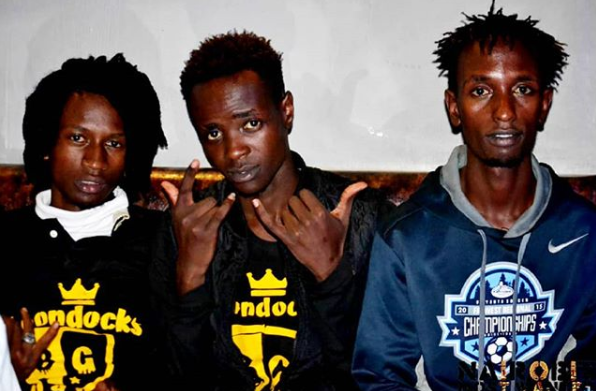 The beat, which was produced by the one and only Mashakurah, is also impressive. It slaps hard! Where is the lie?

The song was directed by Qvisuals. Watch Kalongo below and tell us what you think.