The turbulence that has hit the empire run by billionaire industrialist Manu Chandaria appears to have now straddled home, with employees of one of his flagship enterprises, Kaluworks, complaining of the suffering they are going through as they miss regular salary payment and other benefits.
The longsuffering staff at Kaluworks feel particularly offended that they are having to forego their benefits at a time when their employer appears to have gone on a media bombardment, hopping from one media house to another to ‘inspire Kenyans’ with his dubious rags-to-riches story ostensibly built on hard work and humility. 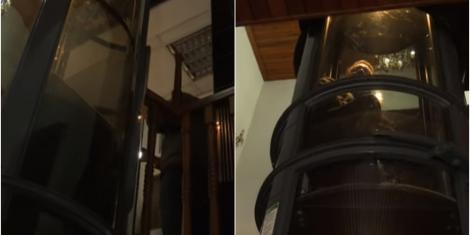 Kaluworks employees now fear that the enterprise is on the deathbed following revelations that their employer has all this while been laundering his so-called big name to enter into contracts with vendors and borrow heavily from banks allegedly with no intention whatsoever of honouring those obligations.
It came as a shock to many that Kaluworks, a thriving enterprise that dominated the aluminium household goods business and a subsidiary of the multinational Comcraft Group, had defaulted on over Sh6 billion in bank loans and Sh169 million commercial paper debt owed to Sanlam Insurance.
But the bigger shocker was to come when Chandaria tried in vain to dissociate himself from the firm immediately after it had borrowed billions in bank loans. Insiders in the company complain that the financial troubles facing the firm were not caused by decline in sales, economic slowdown or such other environmental factors, but outright insider theft by Chandaria and his cronies who embarked on massive siphoning of borrowed funds from the enterprise. 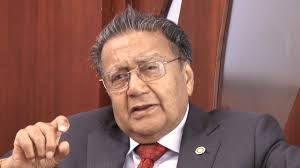 It was no surprise therefore that Chandaria has proceeded to transfer his shares in Kaluworks to his cousins and other proxies, to justify his claims that he has no connection with the company.
It is amazing that criminal investigation authorities are yet to close in on Chandaria’s bare-faced attempts at financial fraud intended to escape meeting his financial obligations.
It has been reported that the banks are contemplating filing a joint winding-up suit against Kaluworks over the unpaid billions. One bank had indeed proceeded to instruct auctioneers to auction some of the company’s assets. The auctioneers attached and advertised for auction some prime real estate property in Nairobi that had been used to guarantee a loan to Kaluworks.
The impeding collapse of Kaluworks will spell doom to thousands of helpless employees, their families and dependants, and a shock to many Kenyans who have grown up across many generations with Kaluworks household products such as their popular aluminium sufurias, plates and pans.
The story does not appear to rhyme at all with the public persona of Chandaria, the self-styled “philanthropist” who says he was inspired by Mahatma Gadhi philosophy and who does not miss any opportunity to remind us he is humble to the point he only has five suits to his name despite being a billionaire.
He recently said on TV that he met Nelson Mandela in 2007, and that Mother Theresa visited him at his home four times without appointment. Carefully-woven tales of a fake 91 year-old ‘sage’ intended to bamboozle and melt the hearts of gullible TV viewers to the point they could entrust their lives to him. Woe unto you if you entrust your wallet to him!
Chandaria’s recent appearance at a TV show was marked by a rather amusing incident, when he mentioned that Kenya had been left behind by the Asian tigers because we did not have ambition to be a middle income economy. He went ahead and made other statements like, “Wealth has come, but not to all, and poverty has become deeper.”
He also said “I’m loyal to this country, I could have lived anywhere in the world.” One wishes he goes and tells this to his underpaid and overworked employees!
This most decorated ‘industrialist’, ‘philanthropist’, ‘billionaire’, etc is not slowing down his lecture circuit, and in yet another TV show took the opportunity to parade the opulence and decadence of his private life, as he continues to protest that he is ‘all humble with only five suits to his name’.
By robbing his own enterprise Kaluworks leaving it on its deathbed while at the same time giving handouts to have his name splashed on every notable hospital and university in town, Manu Chandaria is no Robin Hood who used to rob the rich to give to the poor, but one who robs the poor to fund the vain glorification of his name.
It is notable that the Governor Mike Sonko recently accused Chandaria of encroaching on and grabbing slum land in Mukuru kwa Njenga in Nairobi. The governor added that he had been approached by some individuals who wish to have him stop resisting the eviction of residents on Chandaria’s Mukuru kwa Njenga land. Very good for a ‘philanthropist’.