Ladies, Nyashinski has something for you live on his social media platforms

Recent events at the Kabete Technical Institute that saw detectives storm the institution drugs and a move by rowdy students to eject worshippers from church have raised security questions.

Some weeks back, DCI detectives made a dramatic arrest of a police imposter who had courageously walked into the institution and arrested a student on allegations that he was peddling narcotic drugs. 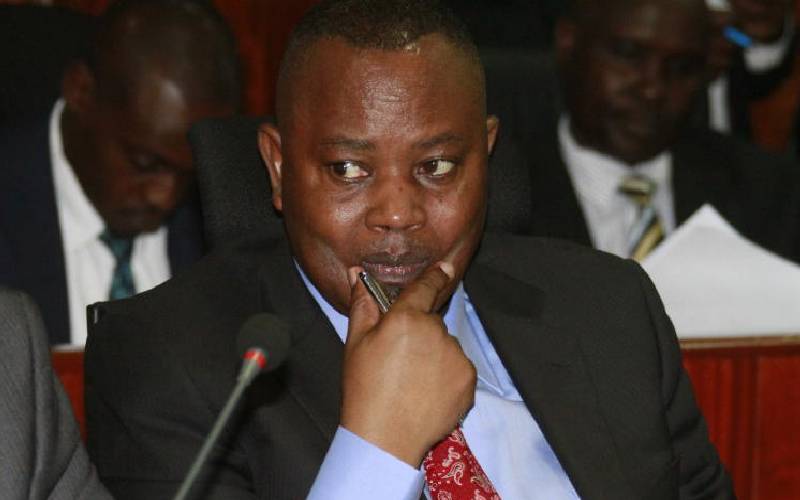 According to the DCI, Daniel Ochieng visited the institution and introduced himself as a police officer posted from Central police division and was on a mission to conduct investigations on crimes within the institution.

The DCI on his social media platform further stated that the 23-year-old police imposter later arrested the said drug peddler and intimidated him with severe police action prompting the victim to negotiate his freedom with a cool Sh30,000.

However the student later reported the extortionist to the police who made arrest and upon subjecting him to body search recovered one roll of bhang, a toy pistol and the cash, according to DCI.

But the drama has left tongues wagging and questions being raised on how and why the said imposter singled out the victim who instantly bribed him with a whooping Sh30, 000 despite being a student.

There is feeling that the officer who turned out to be fake had solid information on his target regarding drug business at the institution, now becoming increasingly synonymous with criminal activities.

Prior to the drugs puzzle, a longstanding cold blood between the college and neighbouring St Joseph Anglican Church degenerated into tragic scenes when rowdy students stormed the church during service to the chagrin of worshippers who were forced to scamper for safety.

The students burned the gate and roughed up worshipers, ending the church service prematurely while there was even more drama when they engaged the police who had moved in to contain the situation, into a running battle for the better part of the day.

The confrontation was sparked by a longstanding land tussle pitting the church against Kabete Technical Institute with both institutions claiming ownership.

It appeared the disgruntled students planned their protests, opting to storm the church on a Sunday when the service was underway to pass their message as opposed to any other day of the week.

According to Rev Wachira Maina, the land in question belongs to the church which had met National Land Commission officials and presented their papers.

However, students from the institution who spoke to the press maintained despite the land being owned by the learning institution, the church has occupied the land for years.

“We have decided to take matters into our hand because the government has failed to intervene in this matter,” said one of the participants in the confrontation.

Property of unknown value was destroyed during the confrontation and efforts to reach principal Charles Akach for comments were fruitless after he failed to respond to our several phone calls and text messages.

Some Kenyans have appealed to the security agents to keenly monitor current happenings at the institution now rapidly turning out to be a crime scene. 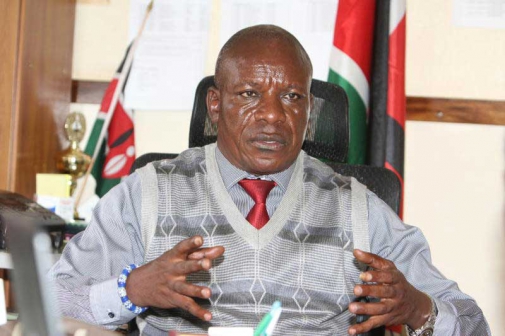 Notably the principal was at one time arrested and locked up at Kisumu Central Police Station in November 2005 after he found himself in a constitutional referendum fracas between the Orange and Banana teams that left death and destruction in Kisumu.

During that time he was the deputy principal at Kisumu Polytechnic and when the gate of the institution was brought down by a GSU Landrover acting as a battering ram, he also found himself in trouble when the students were beaten black and blue before he was arrested alongside the students.

Akach joined Kabete National Polytechnic in Septemeber 2016, the same year the institution was elevated from a technical training institute to a fully-fledged national polytechnic.

However his stay at the institution as principal has seen student enrollment rise from 1,650 to over 6,000.

Prior to being posted to Kabete, Akach who is an accountant and academician was the principal of Siaya Institute of Technology.

The trouble principal has found himself at the centre of a contested land whose allocation was authorised by the late president Daniel Moi who was a staunch member of the Anglican Church of Kenya.

Others claim that documentations from the National Land Commission indicate that five acres in Kabete were allocated to ACK St Joseph on instructions of the then president Moi.

Ladies, Nyashinski has something for you live on his social

Business Mistakes We Made and the Lessons We Learned From