For Betty Kyalo, Six-Figure Salary Wasn’t King. On To The Next One

Members of Stima Sacco Society Limited have called for the removal of a section of the management apart from chairlady Rebecca Miano.

They say that Miano, the CEO of the bluechip parastatal was only elected in office recently and needs new faces to streamline the Sacco operations.

They are blamed for running the Sacco as a private entity and manipulating happenings to suit their own whims. 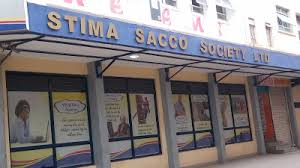 It has emerged the old faces after demanding Sh5 million, approved a Sh44.5 million loan to Lean Energy Solutions Ltd. The loan was irregular since the firm had insufficient deposits and insufficient collateral based on valuation and uncertainty as to the ownership by the borrower.

Another firm Triple Edge Media Ltd was to part with Sh2 million bribe to get a loan of Sh29 million.

Triple Edge had insufficient deposits at the time of applying for the loan. It gave two separate valuations with one indicating exactly double the valuation of the other.

The cartels were also instrumental in having Migori Teachers Co-operative Society with member deposit of Sh9,000 only and having joined Stima Sacco in less than a month get a loan of Sh25 million. Sh1million is said to have exchanged hands.

The Migori loan was irregular and a scheme was choreographed to obtain the funds illegally.

Maseno University Sacco was eligible for a loan of Sh90,000. Appraisal was done without audited accounts and key documents missing to warrant the loan as no security was provided by borrower.

The Maseno loan was an in secured loan and ignored various reports and thus maliciously obtained. The cartel is said to have benefited with Sh5 million.

Hotel ownership and control is by Kijana holdings. Micol’s Sh70 million loan was given despite it not having any shareholding in Royal City Hotel Ltd.

There was existing charge of Sh100 million on the property provided as collateral by Kijana Holdings. In the said loan, money exchanged hands as glaring irregularities that demonstrated intention to perform a fraud.

For Betty Kyalo, Six-Figure Salary Wasn’t King. On To The

Seven children abused daily in times of corona: The Standard

Is the Party Over on Fire Island?